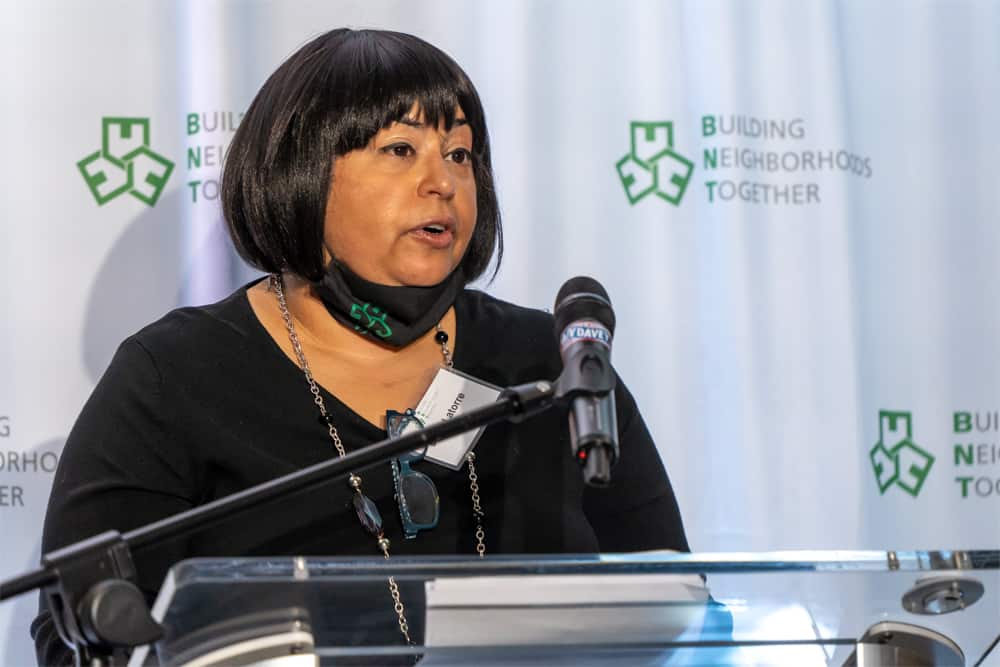 BNT, one of Connecticut’s top affordable housing developers, is pleased to announce that it has chosen Doris Latorre as its new Chief Executive Officer. A long-time Bridgeport housing activist, Doris served as BNT’s Deputy Director, before being named Interim CEO last November.

Doris, who has worked with BNT for more than seven years, has had a long career advocating for people’s housing rights. Latorre says she has been preparing for this role her whole life, “I fell in love with housing while in college, working as an intern at Connecticut Legal Services.” Latorre then spent 13 years at ACORN Housing Corporation, ultimately becoming their National Director of Quality Assurance, before then becoming Deputy Director at BNT. Doris has advocated for equality in housing her whole career, promoting mortgage products designed for lower- and middle-income homeowners and negotiating nationally with lenders to democratize the mortgage process.

The housing advocate, with an MBA in Non-Profit Management, says she’s grateful for the support that the Board of Directors has shown in her selection. Stephen Grathwohl, President of BNT’s Board of Directors says, “The Board knew Doris was the ideal candidate for the job right away. She possesses the leadership, experience, drive, and vision necessary for BNT’s growth and sustainability going forward, and her existing track record has proven it.”

Doris, who was born in Puerto Rico, has been a Bridgeport resident ever since she was 16. Doris says, “The fact that I and my staff are helping to build affordable housing and to provide free foreclosure, homeownership, and eviction counseling, it feels like my life has come full circle, contributing as a housing activist, and giving others the same opportunities that were given to my family.”

Today, Latorre is negotiating a deal to build 44 units adjacent to Steelpointe Harbor in Bridgeport, as well as a multi-unit homeownership project in the City’s South End. While public funding for such developments often escapes Bridgeport’s grasp, Doris won’t rest and is confident in Bridgeport’s future. Latorre is especially proud of BNT’s Empowerment Resource Academy (ERA) serving the entire Tri-State region. Last year, ERA counseling programs served more than 5,000 people, many of whom would have faced eviction without BNT’s services, and others who were able to become first-time homeowners.

Latorre, says, “I love this opportunity to help people, and am thrilled to have been chosen to further BNT’s mission of making housing more available and more affordable in Connecticut.”