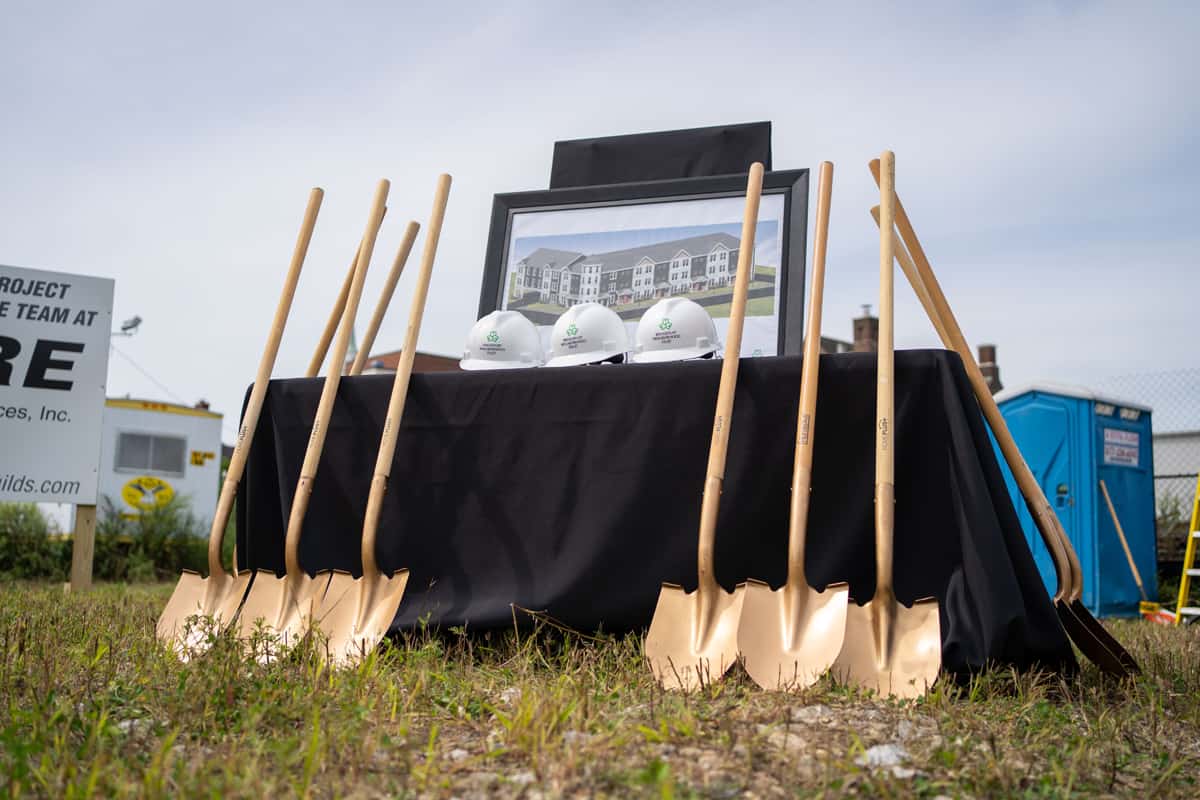 Yet another project focused on revitalizing Bridgeport’s Downtown West area has started under Building Neighborhoods Together.

The local nonprofit broke ground on its latest project at 273-301 West Ave. Thursday meant to bring 18 units of mixed-income apartments to the neighborhood.

“Replacing vacant lots with vibrant communities is at the heart of BNT’s work,” said CEO Noah Gotbaum during a address to community leaders and state and local officals.

“Safe, secure and affordable housing is the key to this city’s and this country’s future,” he added. “Without it, communities crumble and businesses flee. With it, we attract workers and business.”

The $4.6 million project, dubbed West Liberty Commons, is slated to feature one-, two-, and three-bedroom apartments and street-level parking for tenants. Out of the units, 14 will be affordable housing, aligning with BNT’s ongoing goals for the Downtown West neighborhood.

West Liberty Commons is part of a series of housing and commercial development that BNT has been working on in Downtown West for years. It’s also the first for the year and for Gotbaum who was recently named CEO of the nonprofit in May.

BNT unveiled the Thrifty@505 resale store and Operation Suds laundromat at 505 West Ave. last year on the first floor of the Westgate apartments, which the community developers opened in 2017.

Part of BNT’s plans include redeveloping a building across from the Westgate into commercial space. According to Gotbaum, the project is still in the works.

“I really do think Bridgeport is a city on the rise and with that there are real opportunities to grow for everybody,” he said. “You can’t have pockets of wealth and have a city have a sustainable economy. You have to have development throughout the city.”

Financing for the complex was a combination of private and public lenders, including the state Department of Housing, which provided roughly $3.2 million to the project.

“It’s great to collaborate with an organization like Building Neighborhoods Together to help carry out our mission to ensure everyone has access to quality housing opportunities in Connecticut,” she said during the groundbreaking ceremony.

Demand for affordable housing continues to grow despite lagging government funding Last year, there were 140,531 Connecticut households deemed “extremely low income” but only 51,050 affordable rental units available in the state.

Because of Gov. Ned Lamont’s cutbacks of state borrowing — which leaves nonprofits and affordable housing developers with less funding — Gotbaum has said that there would be a need for creative fundraising for future projects.

“We were lucky to get in under the wire,” he said. “The State of Connecticut is going above and beyond for this project, and we are really grateful, but we must do so many more and bigger projects and that’s going to take some creativity.”

The remaining capital for the West Liberty Commons came through private partners, according to Gotbaum, including Bridgeport Landing Development, People’s United Bank, Federal Home Loan Bank of Boston and the Local Initiatives Support Corporation, which help the nonprofits acquire the property.