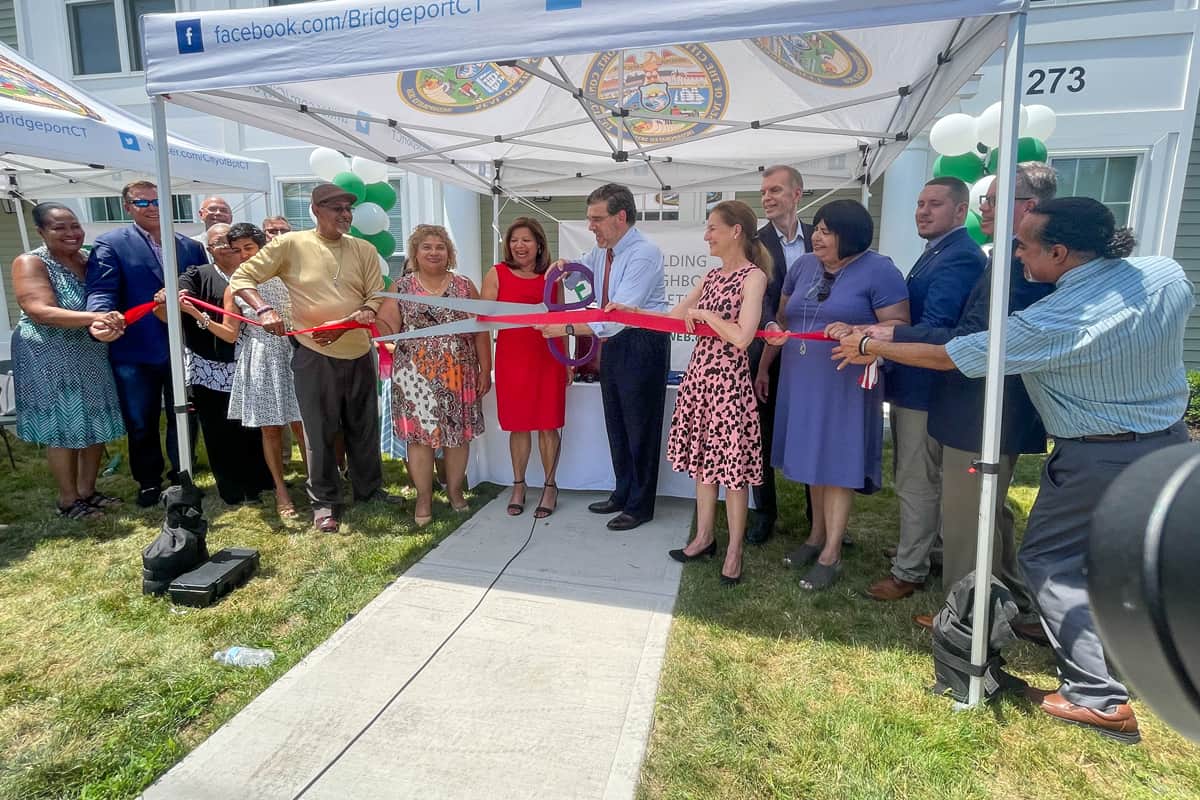 June 29th, 2021 – Building Neighborhoods Together was able to formally celebrate the opening of our newest affordable housing development, West Liberty Commons on June 28th, 2021. This project has been in the works since before it’s groundbreaking in September 2019 and continued on with construction throughout the 2020 pandemic. 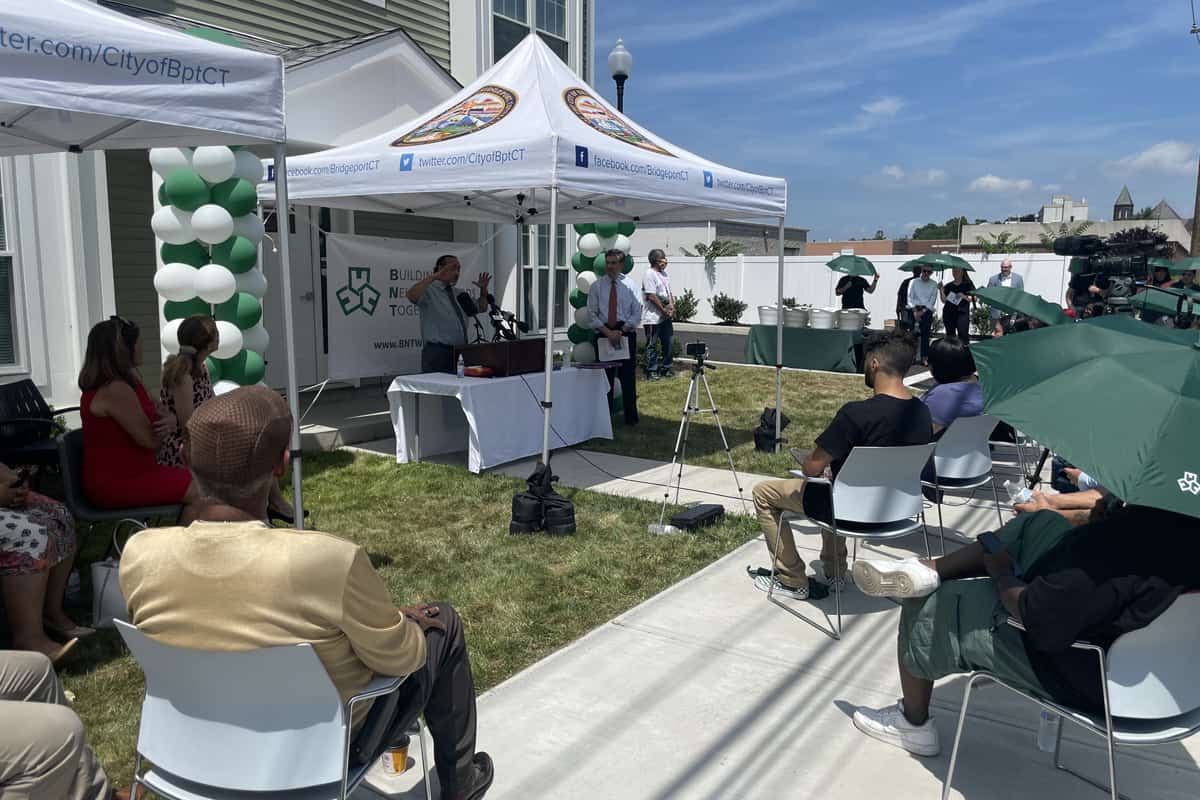 “Because of me losing the ability to work due to a spine injury, I slowly became one of 553,752 souls that are homeless across this nation. Needless to say, I hit rock-bottom and if not for the help from Alpha Community Services, one of the reasons I am standing here today, but especially [Building Neighborhoods Together], they are helping this Park City and it’s communities,” said David Reyes Sr.

Located at 273 West Ave. on the edge of downtown, the West Liberty Commons development provides 18 townhouse style units in the Downtown West neighborhood and represents the latest of 4 projects completed by BNT since 2016, its Downtown West Initiative, an investment totaling nearly $30 million in new affordable housing.

Regarding Bridgeport’s $110 million pending Coronavirus relief, Councilman Jorge Cruz, who represents the district where West Liberty Commons and BNT’s nearby office is located, said he will fight to get the agency some funds. “Even though I am very happy to see that building being opened and some of the homeless people being taken out, we still got a serious problem,” Cruz said.

The building was completed in February 2021 and is currently fully occupied. The property consists of set asides for 25%, 50%, 80% and 120% of the Area Median Income. One quarter of the tenants were previously homeless. 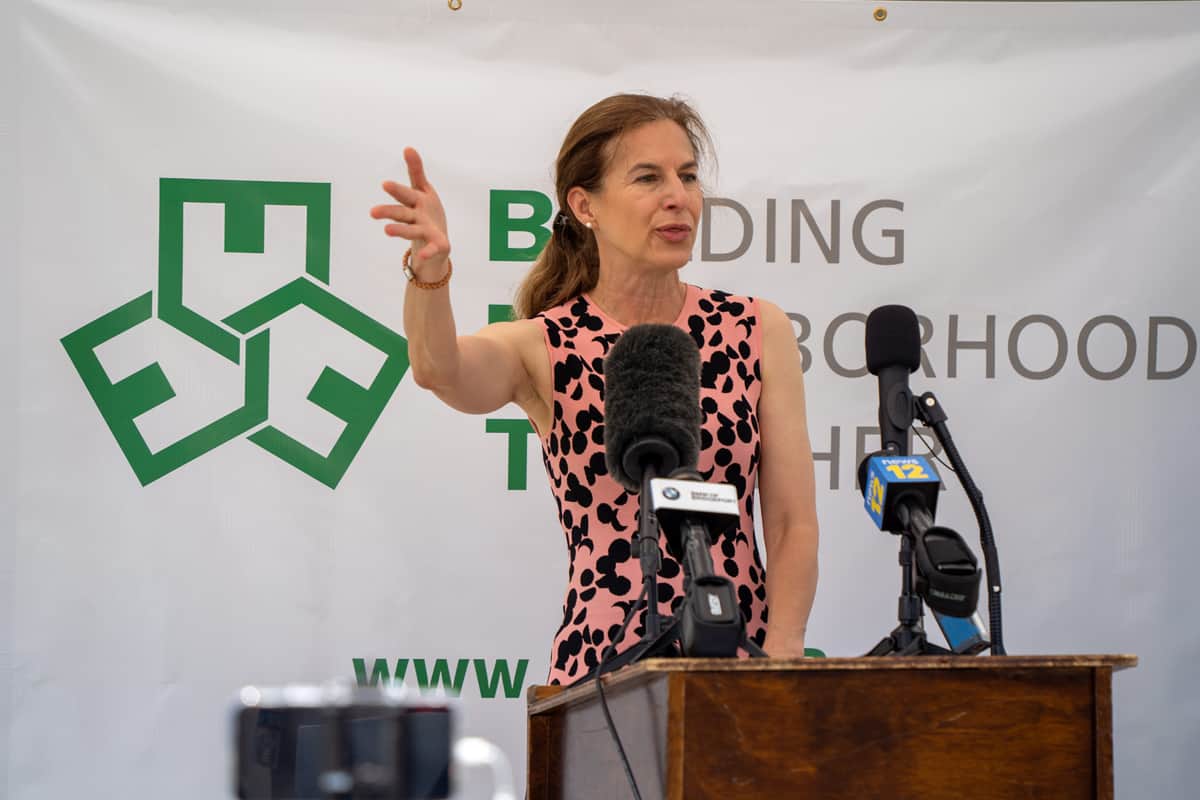 Lt. Gov. Susan Bysiewics said, “West Liberty Commons is going to be a really valued addition to the housing, the community, and Bridgeport. It’s a place that all of us can be proud of because so many financial institutions, government leaders, and nonprofits all worked together to make it happen.”

“It just speaks to when you have a dream, when you envision something for the community, to making it happen and all of the people that come to the table to make that happen; like Commissioner Mosquera-Bruno, the Lamont Administration guided by Susan Bysiewicz, public housing, Park City Communities, People’s Bank, Bridgeport Landing Development,” said Aidee Nieves. “It’s with partnerships that we rebuild our neighborhoods, it’s with partnerships working with the city with our economic development office.” 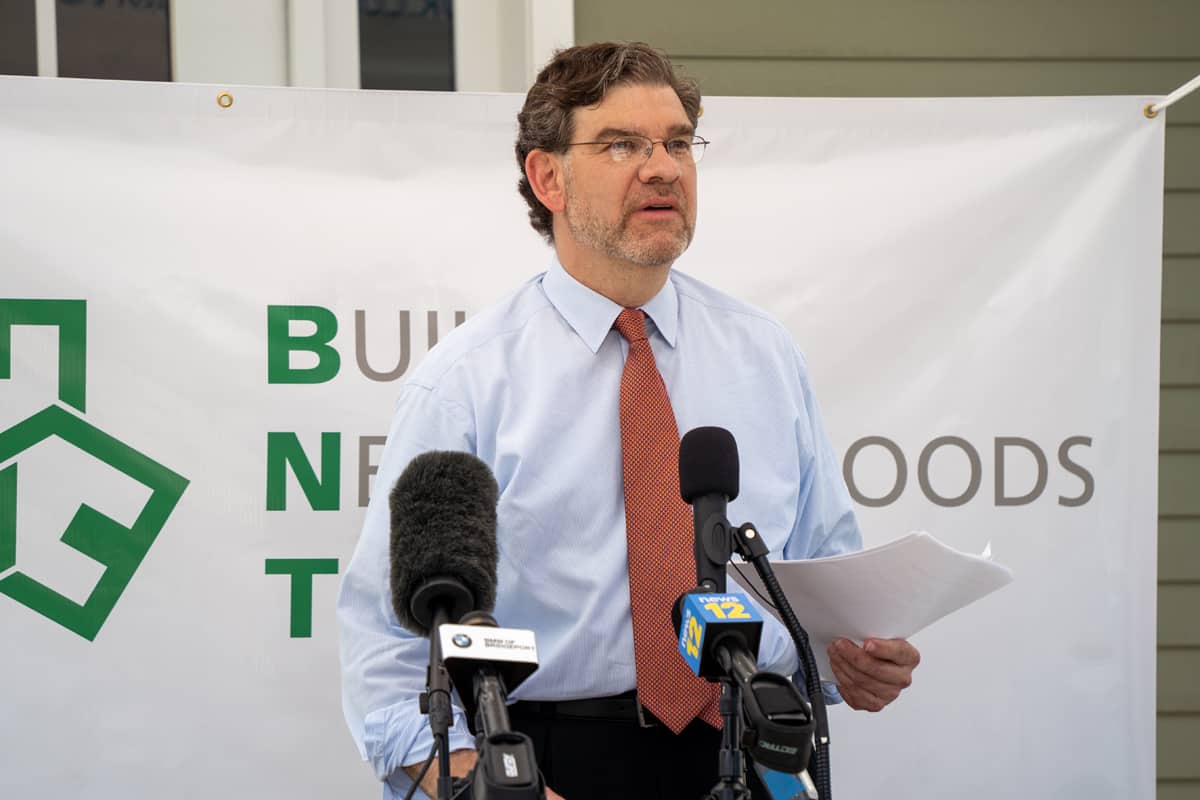 BNT CEO, Noah E. Gotbaum, who emceed the event said, “Clean, safe, affordable housing is a human right, and this country and our community’s most critical infrastructure need. We thank Lt. Governor Bysiewicz, Commissioner Mosquera-Bruno, CHFA CEO Nandini Natarajan, City Council President Nieves, and our many other public, private and non-profit partners for helping BNT to make this project a reality.” 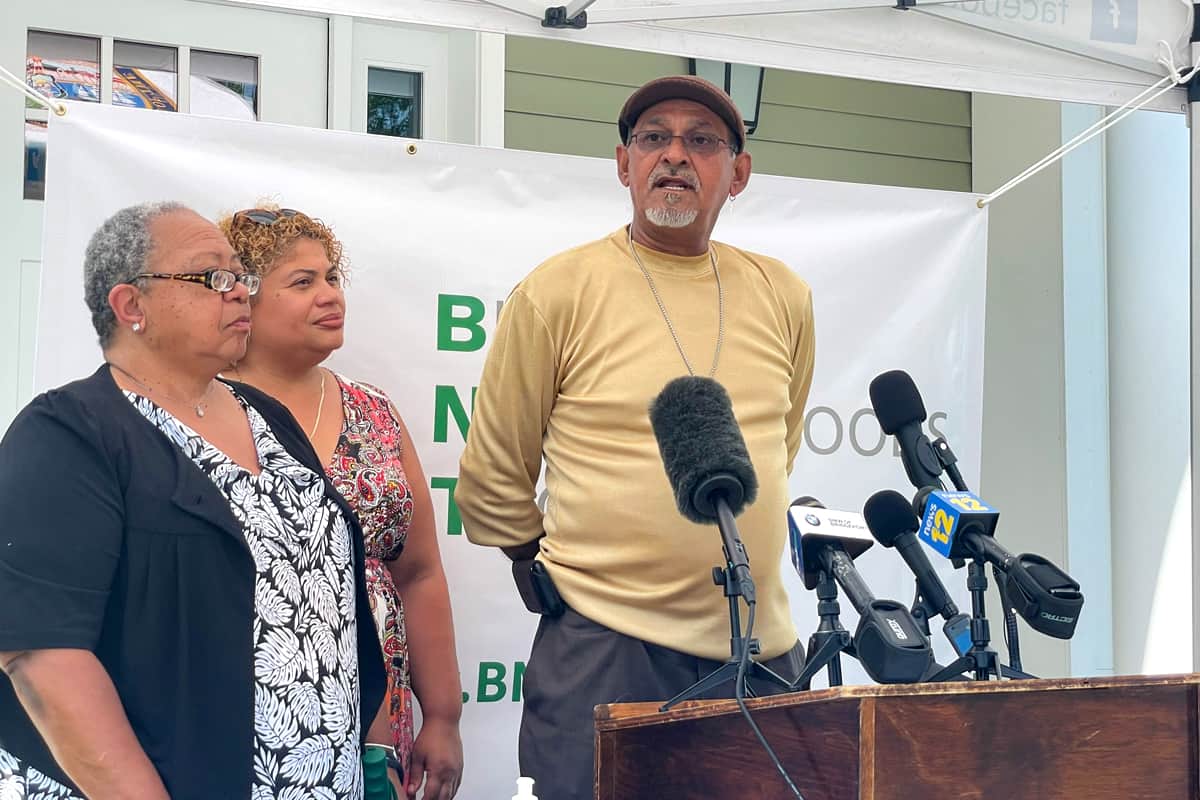 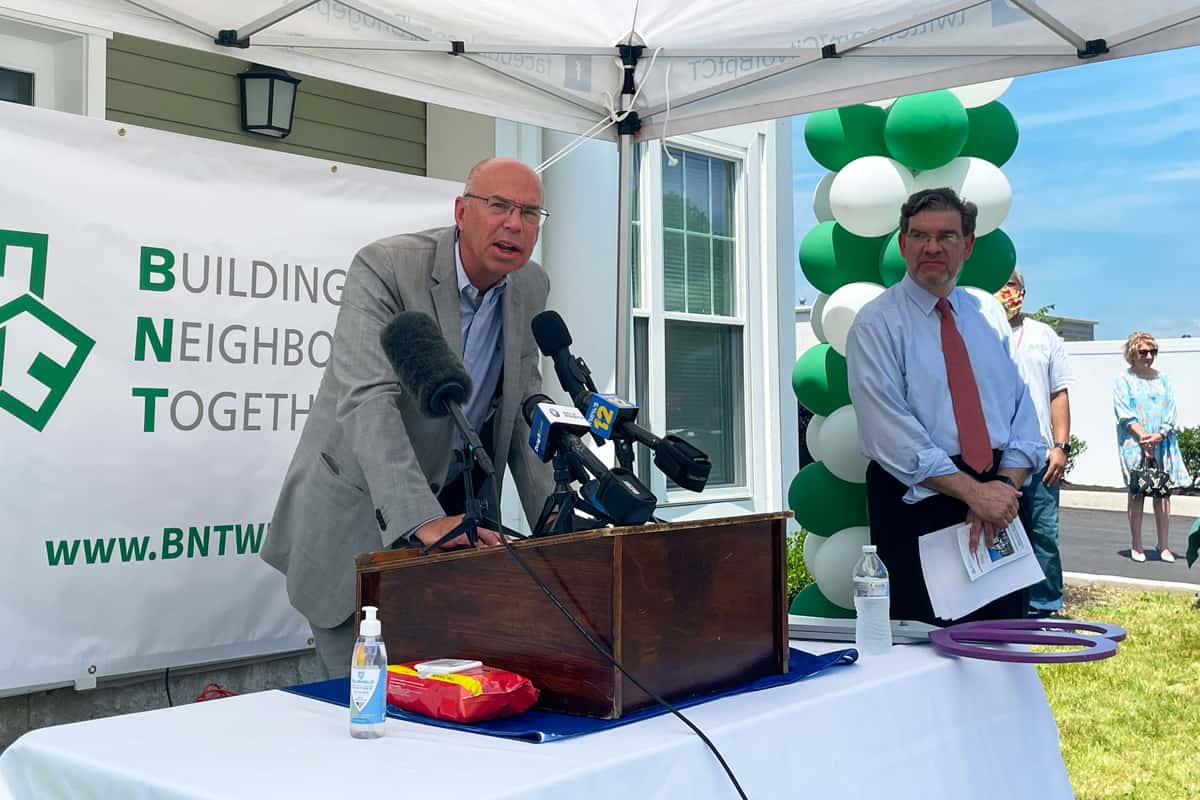 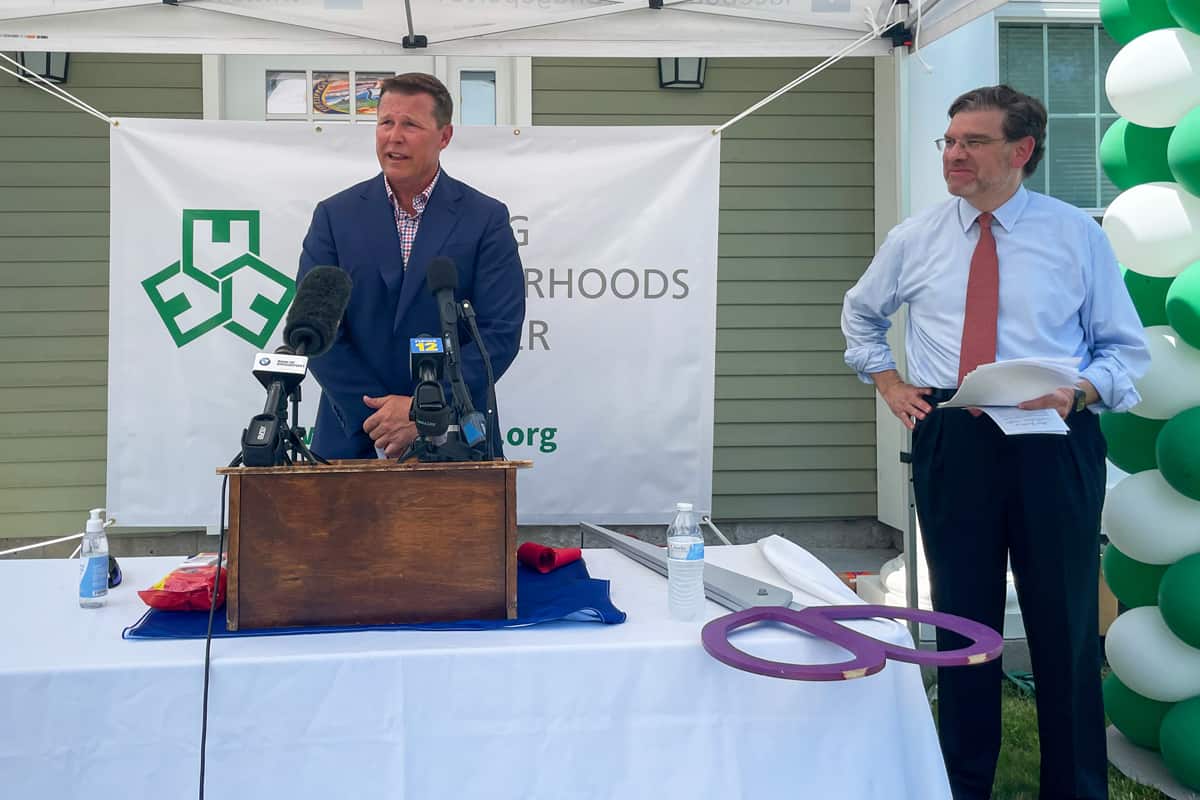 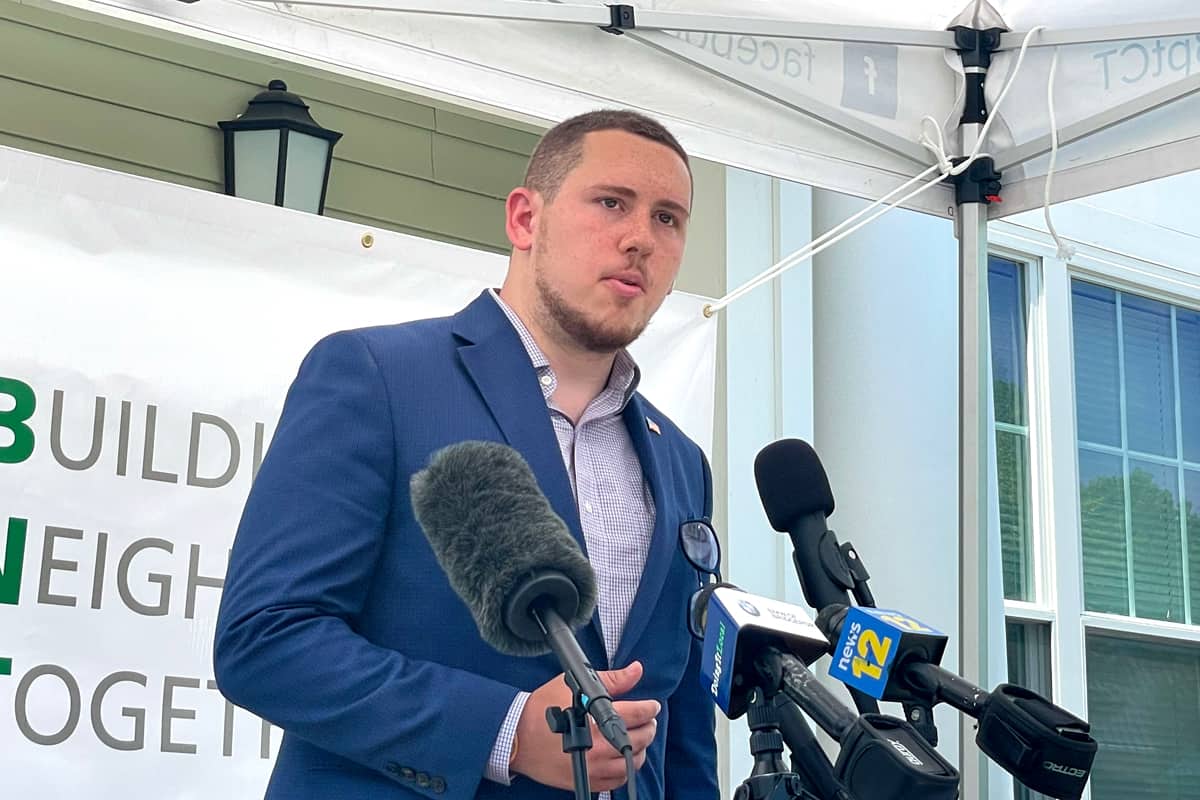 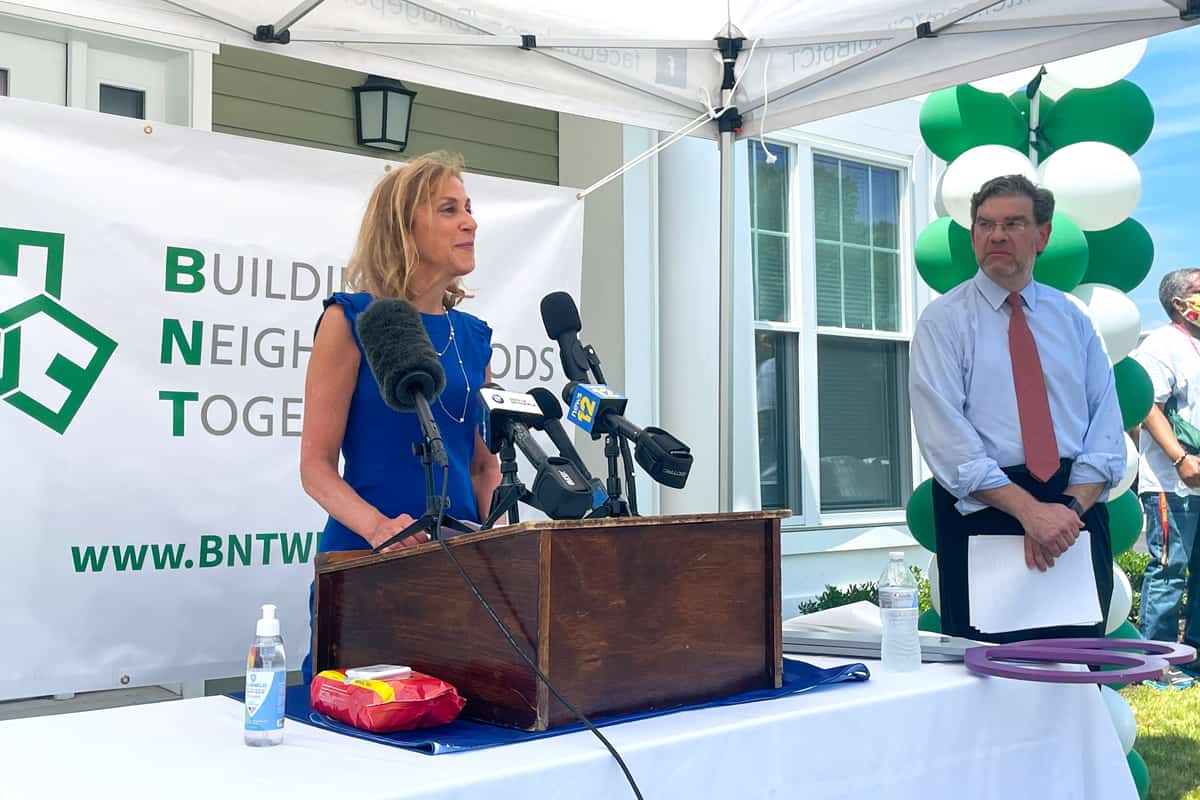 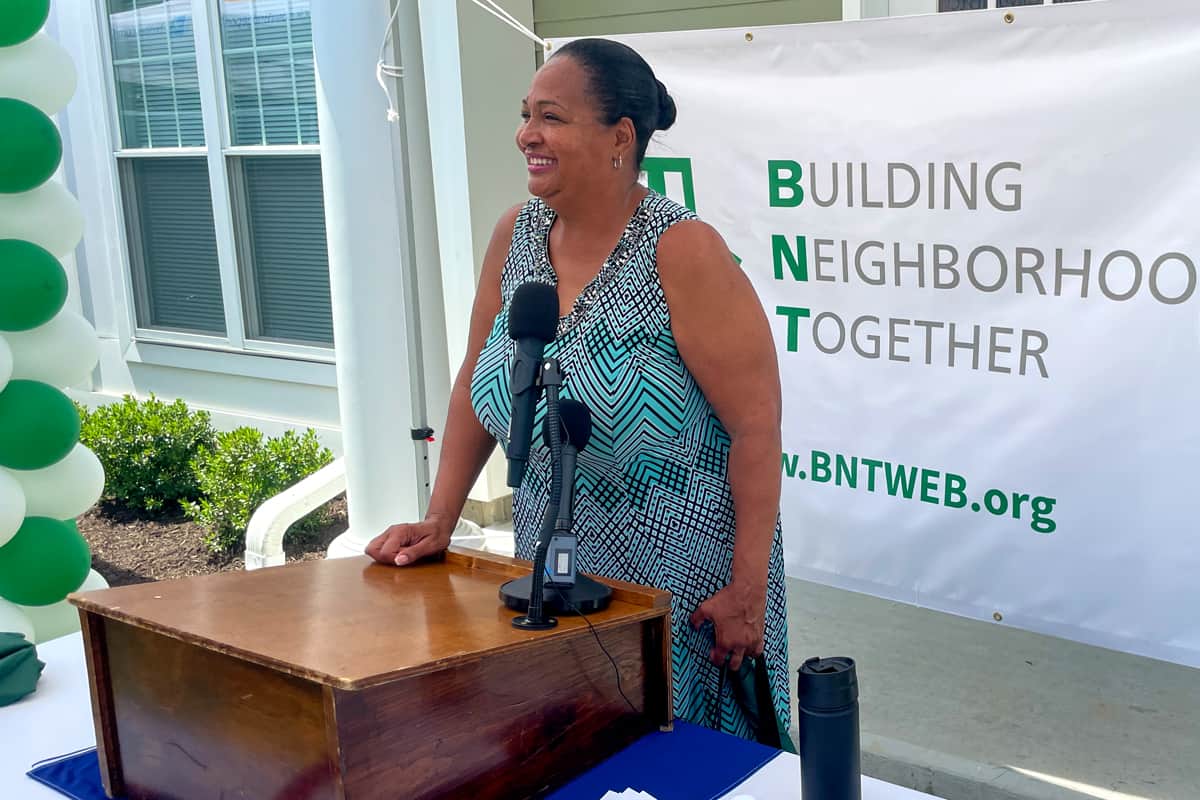 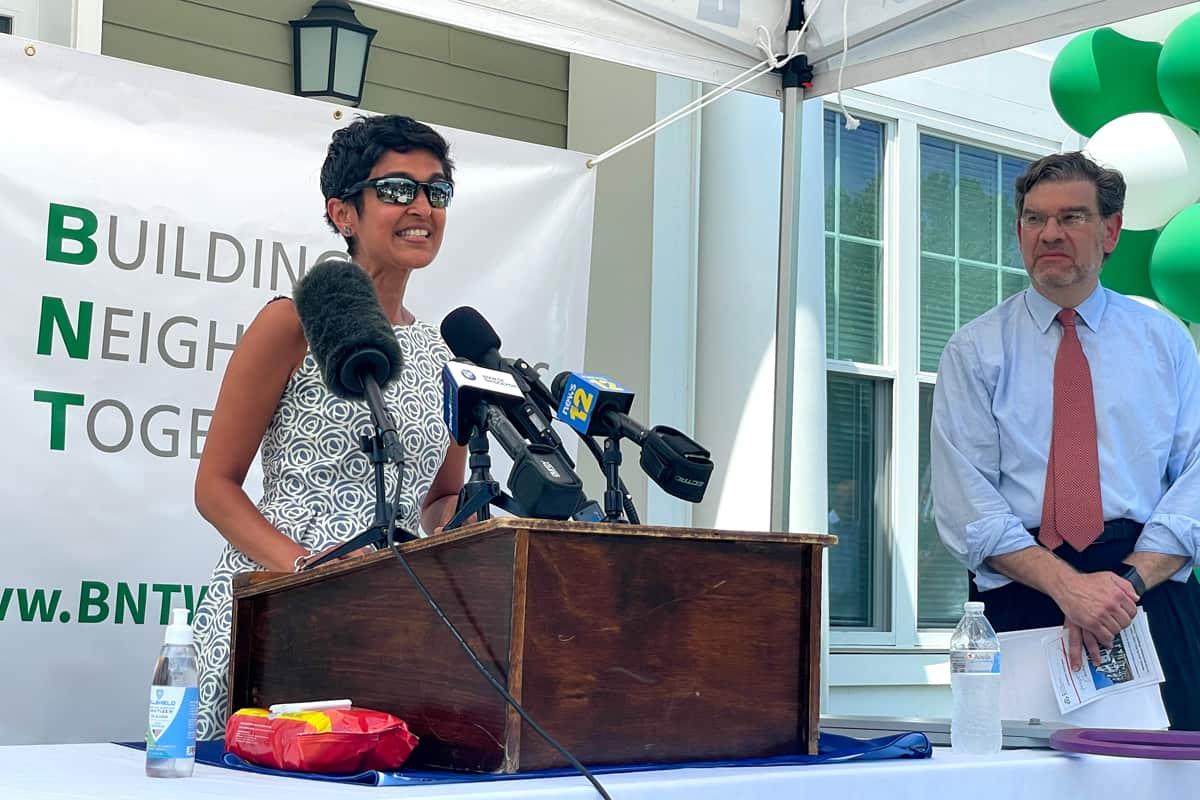 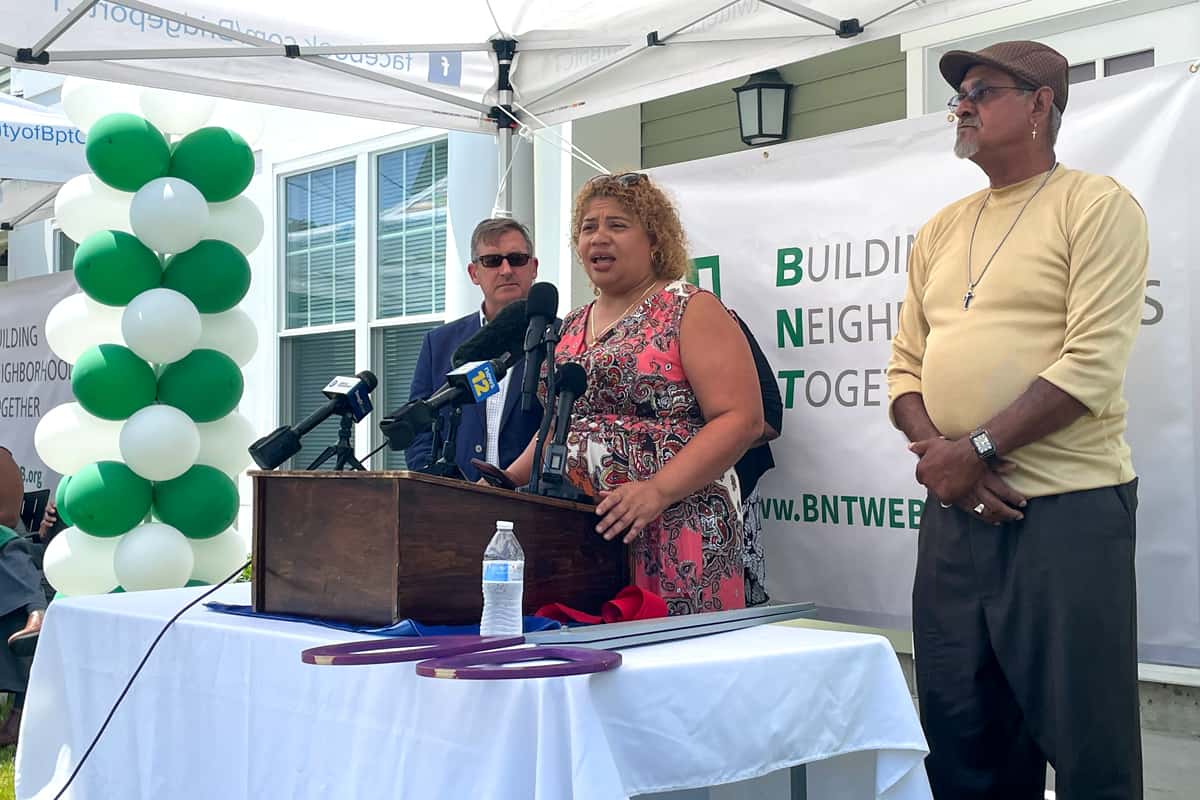