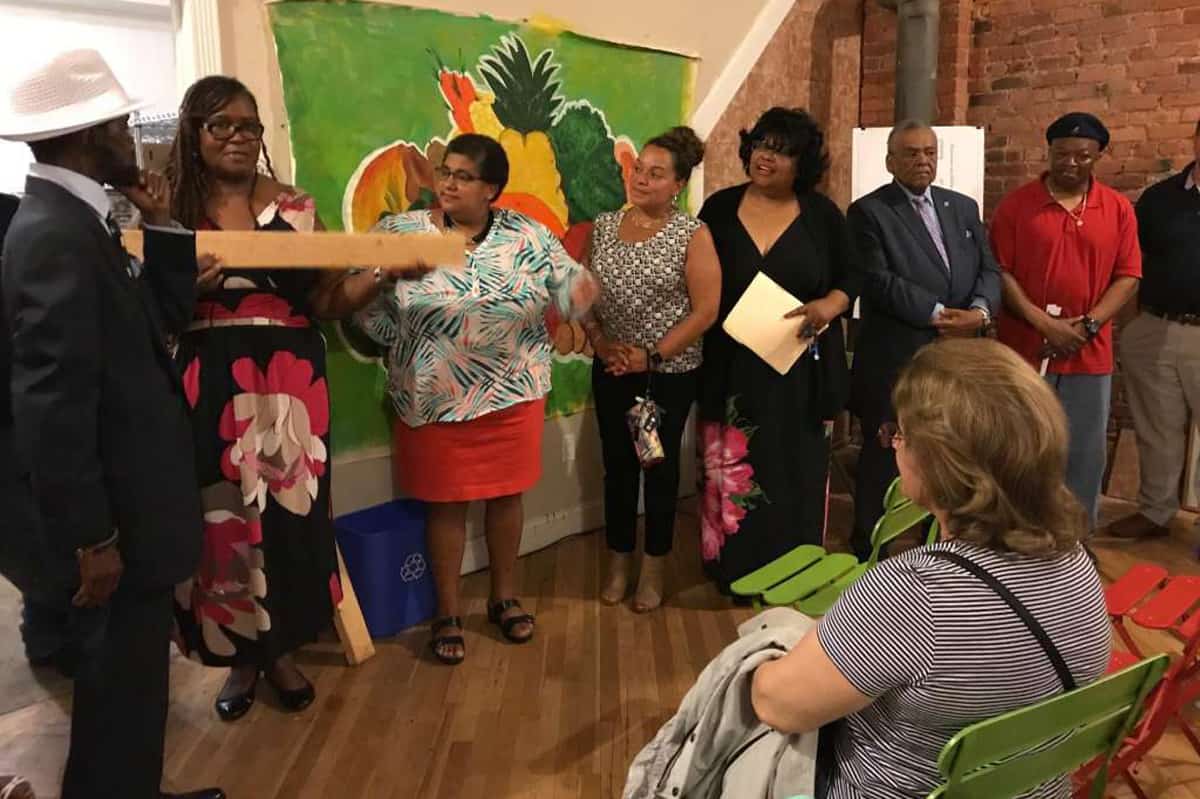 Christina Robinson stood before the group gathered on Stratford Avenue on Monday and noted that on that same day in 1865, slaves celebrated their emancipation on what became known as Juneteenth.

At their groundbreaking event that evening, East End residents were celebrating the near-end of a different kind of struggle, the 12-year-old said. “Today, on June 19, 2017, we will be free from the stigma of being considered a food desert,” Robinson said, prompting a round of applause and cheers.

Soon, work will begin on a 1,000-square-foot pop-up market and cafe in the ground floor of the apartment building at 1851 Stratford Ave. The location was donated by Building Neighborhoods Together.

BNT Resident: What a “Home” Means to Me